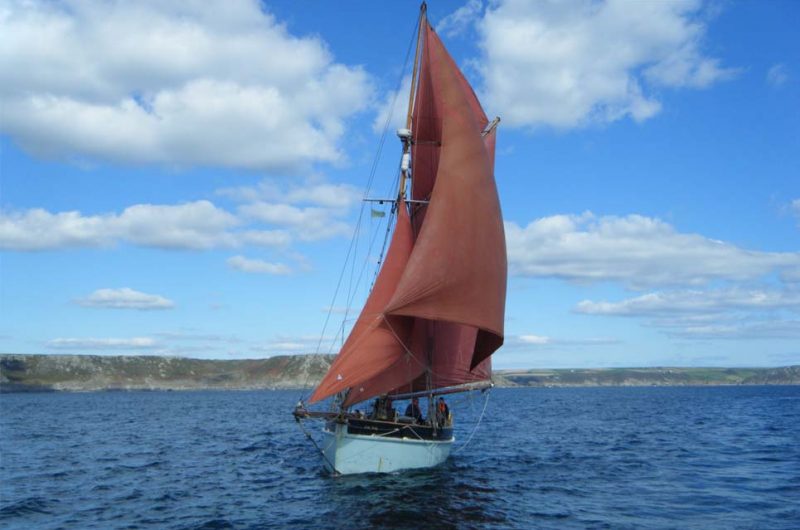 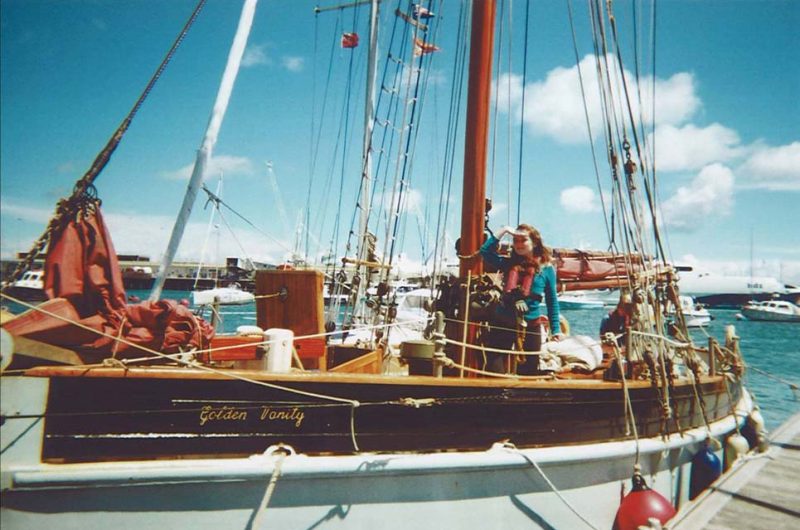 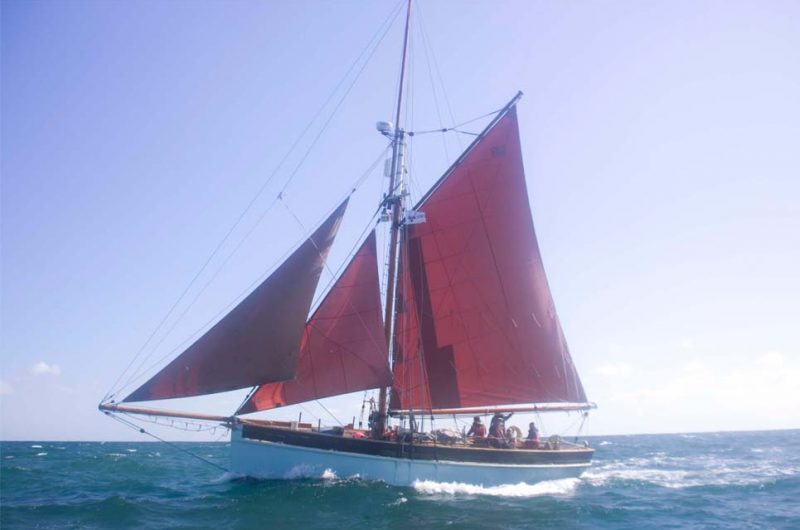 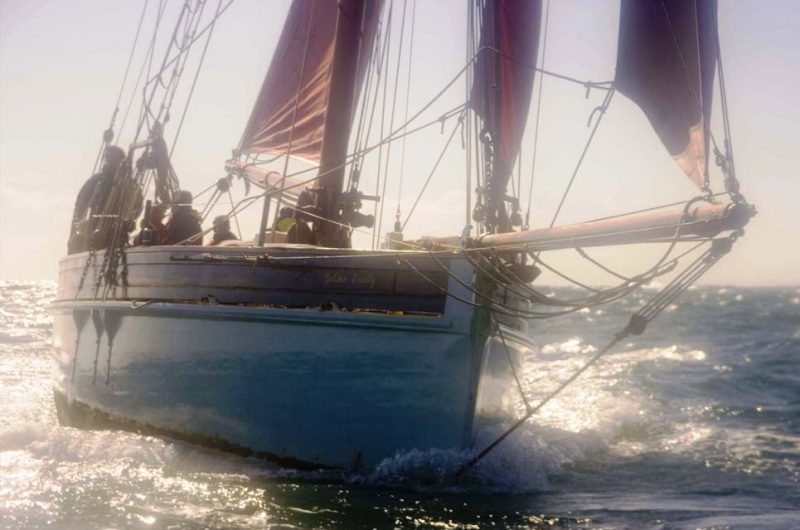 Golden Vanity is the smallest of Trinity’s three vessels. She was built in 1908 at the same Galmpton yard as Leader and Provident. Although built as a private yacht, for the artist Arthur Briscoe, she was constructed and rigged in the manner of the smaller fishing smacks of her day, and has the same solid feel kindly manner.
Her long and exciting history involves a variety of owners who used her for cruising far and wide. She has several trans-atlantic crossings under her keel, including entry in the Observer Single-handed Trans-Atlantic Race. In the 1980s she was lying derelict in Brixham, and was restored to sailing condition by the Golden Vanity Trust, who used her for sail training with young people. She joined Trinity in 1999. As well as undertaking sail training voyages Golden Vanity is also used for RYA courses run by qualified instructors.
Golden Vanity is a gaff cutter. She is 40′ long on deck, and 53′ overall. She displaces about 20 tonnes in sailing trim. She has a beam of 10′ and a draft of 6′.
Down below, Golden Vanity has been fitted out for her modern role. She has simple but comfortable accommodation for seven trainnes and two crew, a saloon area, a galley with gas cooker, and large heads compartment. She has a well equipped nav. station with modern navigation equipment including Radar, GPS and DSC VHF Radio