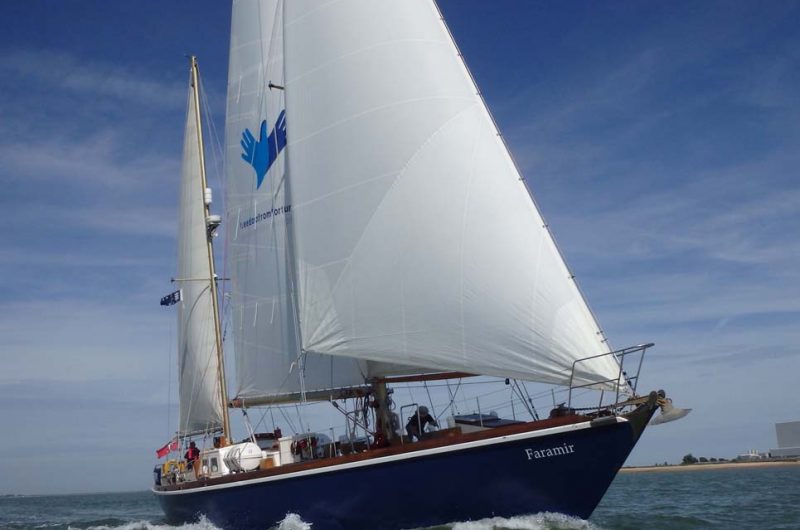 Faramir, a Ketch with a length of 22.35m and a breadth of 5.26m, was designed by Marine Architect David Cannell in 1982, specifically for use as a sail training vessel for an organisation called Shaftsbury Homes & Arethusa, from where she gained her name, ‘Arethusa’.

In 2002, after many years of service, during which she developed a following of loyal sailors, Arethusa was sold on to another sail training organisation who changed her name to ‘Bulldog’. Not being able to fulfil her potential, her owners sold her to The Cirdan Sailing Trust in January 2006.

Being absolutely ideal for the work undertaken by The Cirdan Sailing Trust, she was purchased to replace the vessel Hartlepool Renaissance which had to be retired from service at the end of the 2005 season. Finding it necessary to change her name again, the vessel was renamed Faramir after Cirdan’s sister charity with which it joined forces in 2002.