Forty-five indigenous youth have completed the adventure of a lifetime sailing across the Atlantic on Class A Tall Ship, Gulden Leeuw from Halifax, Canada to Le Havre, France…

Back in May, we previewed this special voyage taking  part during the Rendez-Vous 2017 Tall Ships Regatta – the Msit No’Komaq Tall Ship Project. The project is a youth development and skills-building initiative focused on indigenous Canadians that has been organised by Three Things Consulting. With all the fleet having now made their way across the finish line of this epic event, we thought it would be a great time to revisit this great initiative.

“Msit No’Kmaq” is a Mi’kmaw phrase that translates to “All My Relations,” and promotes a universal connection between all people and things. The project is a partnership between indigenous leadership and communities and the Canadian government, with the aim of helping 45 indigenous young people from across Canada.

Since arriving on board, the 45 trainees have been called ‘Warriors’ and made responsible for running the ship, under the training of the permanent crew of Gulden Leeuw, from the Netherlands. Alongside watch keeping, navigating and learning the ins and outs of sailing, the trainees will also have been taking part in daily leadership programmes. These programmes will ensure that they leave the experience with new skills, and a greater understanding of themselves as leaders and the world around them.

“I’m just really excited to get going honestly, it’s nice to finally be able to settle in and we’re leaving tomorrow.”

“It feels Surreal being on board, I’m looking forward to getting started”

“I’m a little nervous here and there, I got to climb up to the top there and I’m not scared of heights, but the only thing that got me was the motion side to side, it just felt so off.” 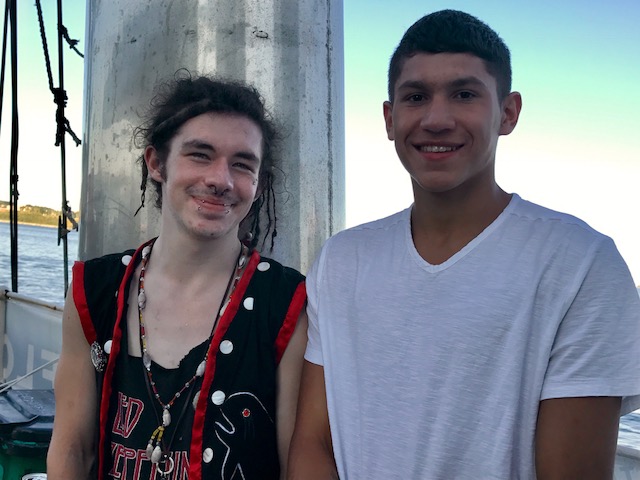 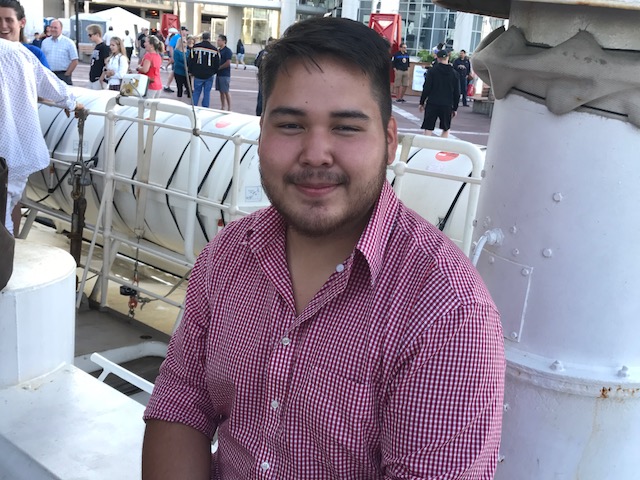 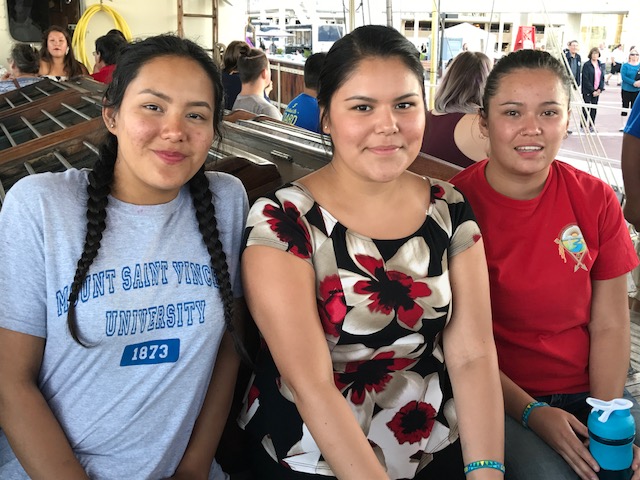 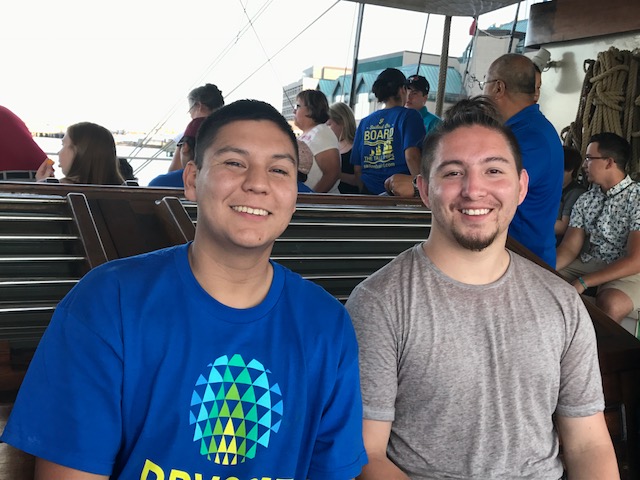 Just some of the trainees on board Gulden Leeuw (Netherlands) before they set sail.

The phrase ‘Msit No’Kmaq’ was chosen for the project because it refers to the connection people have with each other and world around them. This is a concept that is especially important for young indigenous people in Canada. Several of the participants we spoke to felt that this passage was more than just a fun adventure, it was history in the making and a very unique way to connect with one another and learn more about themselves as individuals.

This hasn’t been your standard sail training experience either, all those who were chosen to take part in this project have gone through an extensive application process that demonstrates how they are committed to balance in their school, work and family lives. There’s no denying this was a confident and capable group of young people. When they first arrived at the dock to before the voyage, they were already taking charge and putting themselves to work stowing sails and taking part in all aspects of life on board..

Gulden Leeuw (Netherlands) has now completed Race 5 and has arrived in Le Havre, France, for the final celebrations of the Rendez-Vous 2017 Tall Ships Regatta. Organising facilitator, Cheryl Bear, highlighted the major benefits the trainees have found from their adventure.

“It has showed them they belong and they are important, it has been amazing to say the least…” Cheryl Bear

One of the trainees on board, Pádhraig, spoke of the great bond that was made between everyone on the voyage.
“Left, right, and center, every single crew member has been an absolute delight to work with, learn from, and share a great laugh.

“This trip has been one amazing interaction after another.”
Pádhraig, 16

Le Havre is final port of Rendez-Vous 2017 Tall Ships Regatta and it’ll close the prestigious event in dramatic style from 31 August – 3 September. It’s the largest city in Normandy, France, and the biggest container port in the country. It was built on the estuary of the River Seine by King François I, who decided to establish a harbour and walled city in 1517.

Sixteen of the vessels in Le Havre took part in the Rendez-Vous 2017 Tall Ships Regatta and eleven of them raced across the Atlantic, including Gulden Leeuw.

As well as hosting the Rendez-Vous 2017 Tall Ships Regatta Le Havre will celebrate its 500th anniversary. This major cultural event will infuse the city and its harbour with artworks in public areas, landscaping, prestigious exhibitions, festive gatherings, gastronomic delights, and more.

Find out more about this spectacular event here http://www.uneteauhavre2017.fr/en/le-havre-tall-ships