During the Tall Ships Races 2016 in A Coruña, we announced that Perthshire student Peter Threipland had been awarded the prestigious Torbay Cup.

The Torbay Cup is presented annually to a young person aged 16-25 years old, who has demonstrated outstanding individual achievement and personal effort in a Tall Ships Race or Regatta, organised by Sail Training International.

The Torbay Cup is accompanied by a bursary worth €500, to put toward another voyage during one of our many events.

Unfortunately, Peter wasn’t present during the Prize-Giving Ceremony in A Coruña, so a fellow crew member from Lord Nelson collected the award on his behalf. On 25 November, Peter was finally presented with the Torbay Cup, by the Commodore of Perth Sailing Club.

Peter Threipland is 16 years old and has been sailing for most of his life – he learned to sail at Perth Sailing Club. When he was just eight years old, he started taking part in the Club’s month-long sail training programmes. As a result of this, he was trained to the Royal Yachting Association’s (RYA) standards. By the time he was 10, Peter could rig and manage a dinghy, race under sail, and right a capsized boat.

In 2010, Peter sailed on board a racing yacht from Gibraltar to the Canary Islands, in the wake of a heavy storm in the Bay of Biscay in choppy waters. However, these rough seas didn’t put him off. He went on to take part in his first event, Tall Ships Races 2016, on board Lord Nelson – a square-rigged ship owned by the Jubilee Sailing Trust – when he turned 16.

Peter’s Captain on board Lord Nelson reported that he was a fantastic trainee:

“His development as a team/crew member has been exceptional (and) he has displayed natural empathy for people with disabilities and of all ages. In this short voyage, his ability as a crew member has developed massively; most notably, his ability to mix with all ages and abilities has made his watch the happiest and one of the hardest working.”

Peter was voted “outstanding trainee” by his watch leaders and officers… and he went on to win the Torbay Cup, beating off competition from the entire fleet of 29 Tall Ships.

“We joined the Lord Nelson in Antwerp and then sailed down the North Sea to Torbay, where the Tall Ships Race started.

“It was horribly rough for the first few days and lots of people were very seasick. I was unwell too, and it was all very different and peculiar – new routines, new people, new jobs to be learned. I loved climbing the mast and steering the boat and there were some merchant marine cadets on board, who were the same age as me and knew their way around the ship and showed me how to fill in the log every hour.

“There were blind people and people in wheelchairs coping with the same problems I had. Also, a Swedish girl of 17 had recently been diagnosed with Type 1 diabetes and had to inject herself with insulin every day. As part of a team-building activity, she and I worked together to devise a way of throwing an egg down from the top of the mainmast! We wrapped it in a bag full of liquid soap surrounded by a bag full of porridge and it won the prize for our watch because it went furthest without breaking.

“That was a competition devised by the Captain to keep us all busy in the Bay of Biscay, which was flat and calm in spite of its reputation for stormy weather – there was no wind at all. With the sails flapping and the weather getting warm and then very hot, we sailed slowly south to Lisbon and then on to Cadiz.

“I took my turn helping to wash up and prepare the food every few days, and we scrubbed the decks every day and braced the yards round to make the boat sail as fast as she would in calm conditions. It was all good fun – a memorable experience in many different ways.

“I am thrilled to be given the Torbay Cup and cannot believe that I will have the opportunity of doing it all again, thanks to the generous bursary.

“I think I might try sailing somewhere much warmer and windier, if possible.” 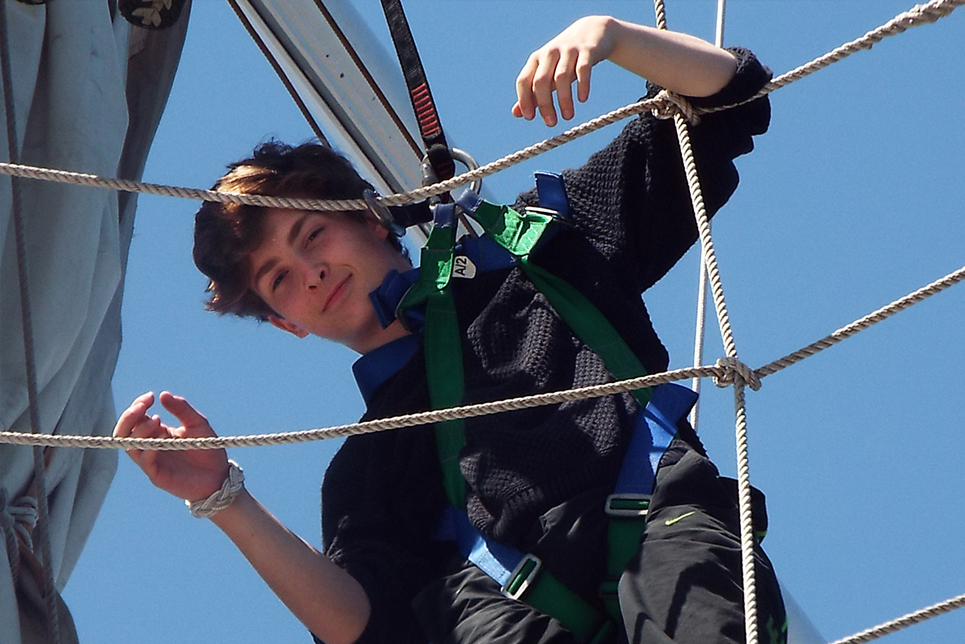 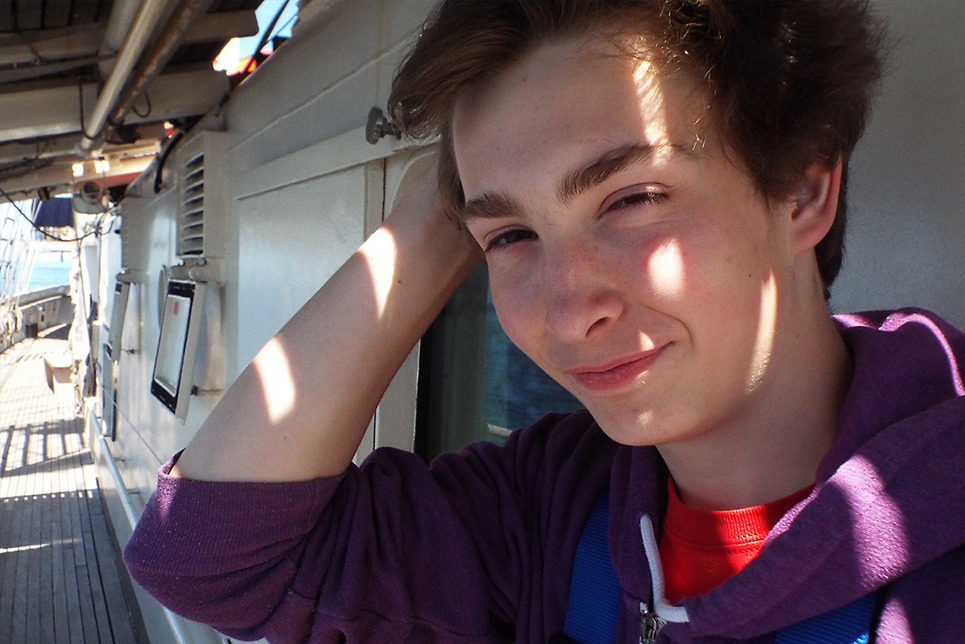 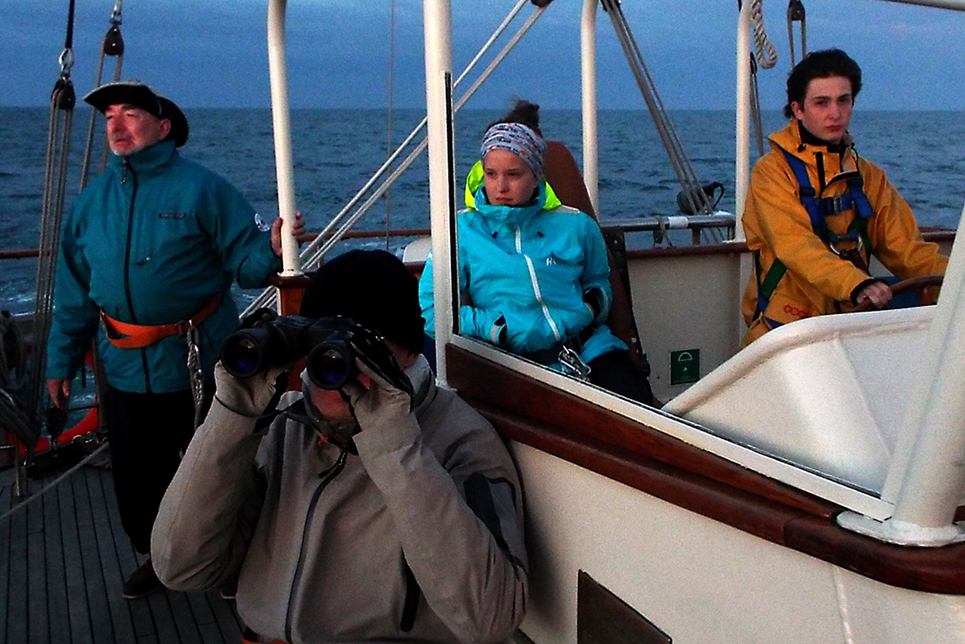 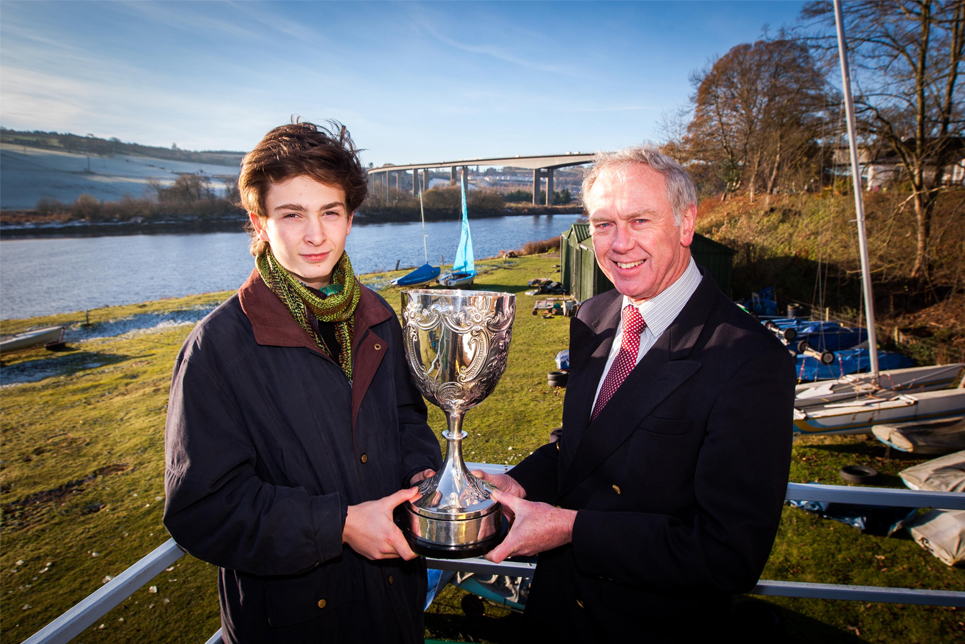 Inspired? Why not Find Your Adventure and check out our Support sections. We want to help you take the first steps toward the experience of a lifetime…