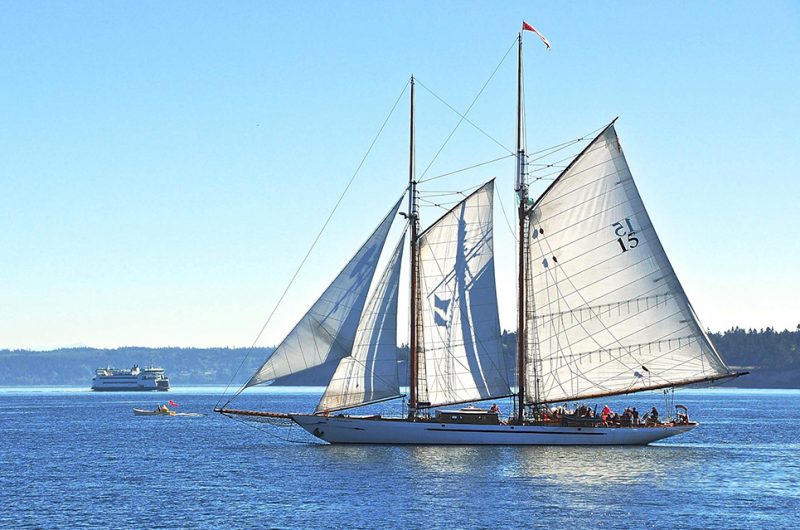 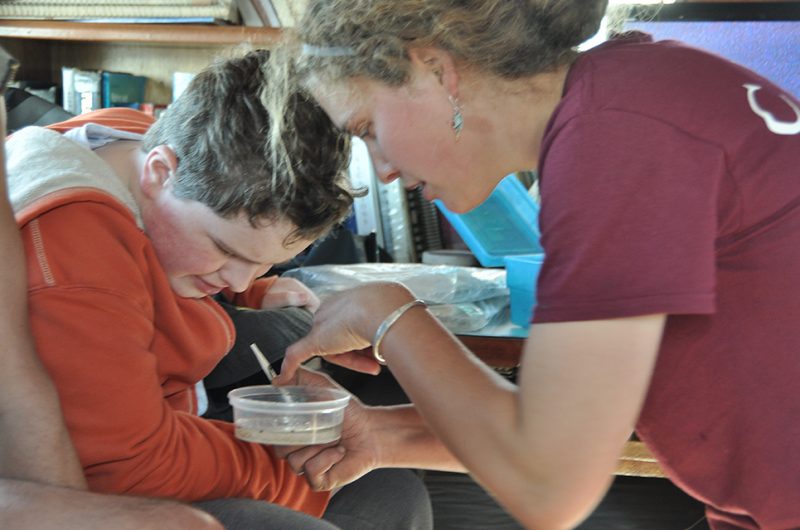 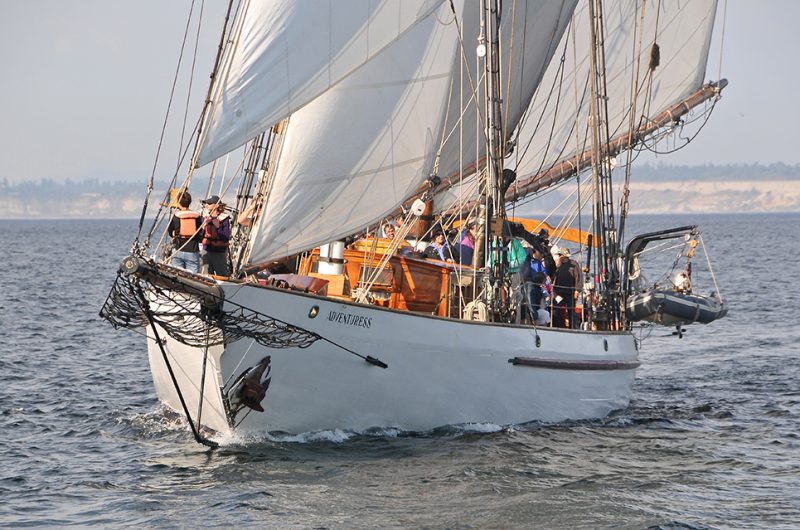 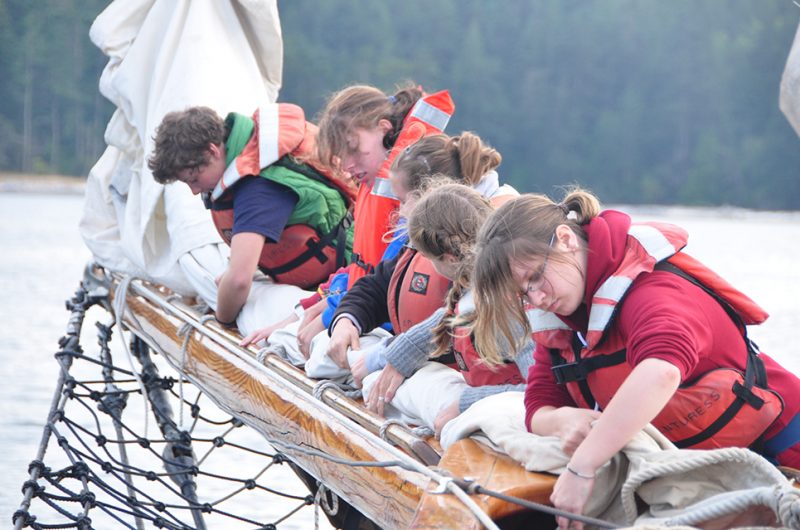 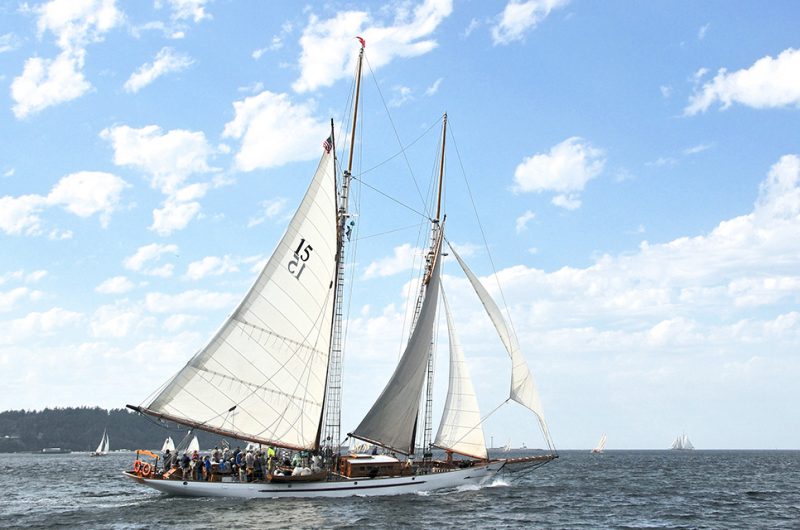 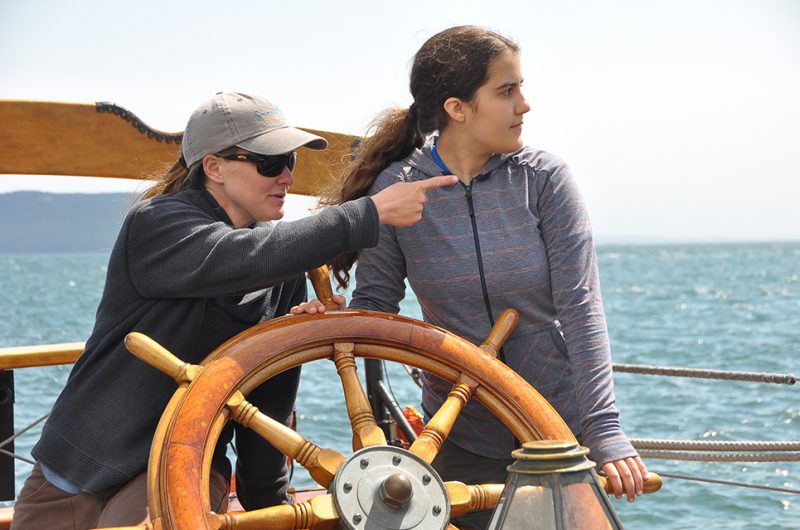 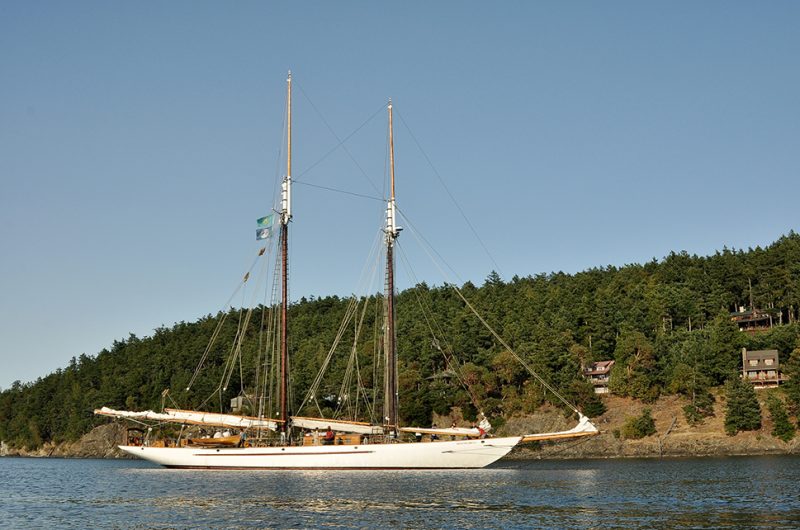 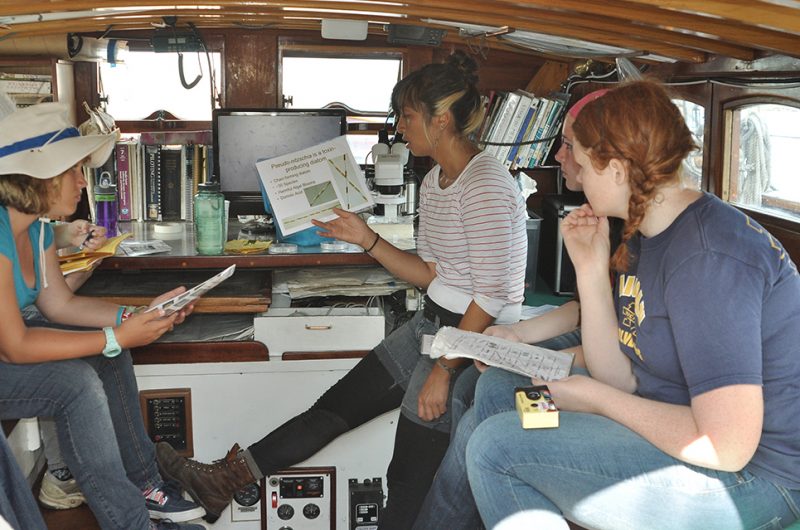 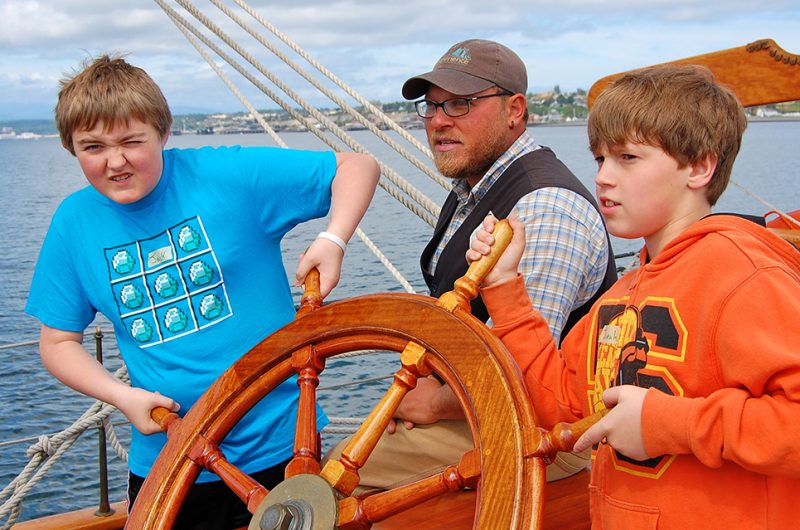 The schooner Adventuress was built for John Borden II at the Rice Brothers’ yard in East Boothbay, Maine, and was designed by B.B. Crowninshield. Launched in 1913, Borden intended to sail Adventuress to Alaska to catch a bowhead whale for the American Museum of Natural History in New York.  Aboard this maiden voyage sailed the famed naturalist Roy Chapman Andrews who later did groundbreaking work on dinosaurs in the Gobi desert. Borden’s efforts to catch a whale failed and he sold Adventuress to the San Francisco Bar Pilot’s Association, which marked the beginning of the ship’s career as a workboat.  For 35 years, she transferred pilots to and from cargo vessels near the Farallone Islands.  During World War II, she was a United States Coast Guard vessel, guarding San Francisco Bay.

In 1952, Adventuress was brought to Seattle where she went through several owners. Eventually, she wound up in the care of Monty Morton and Ernestine Bennett, who managed a non-profit sail training organization called Youth Adventures. Under their ownership, the boat was restored to most of her original lines, which had been altered during her years as a working vessel. In 1988, Sound Experience began conducting educational programs on the vessel, and the following year she was listed as a National Historic Landmark.