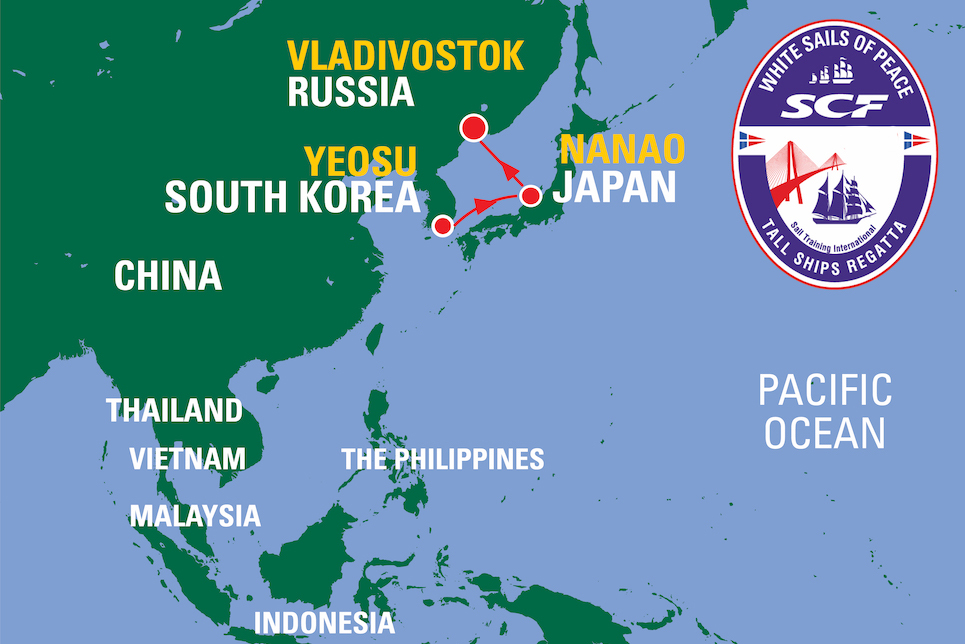 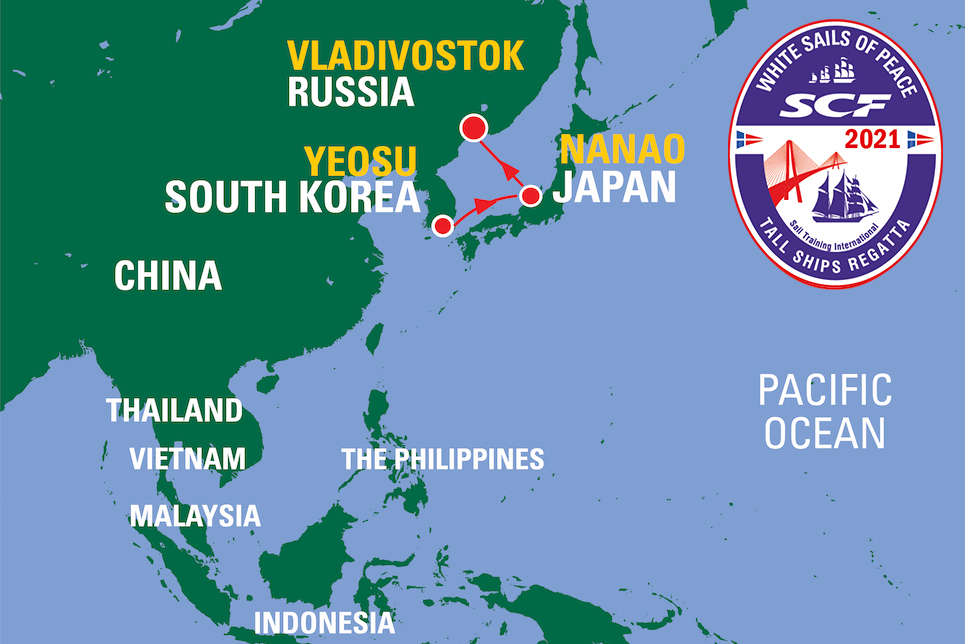 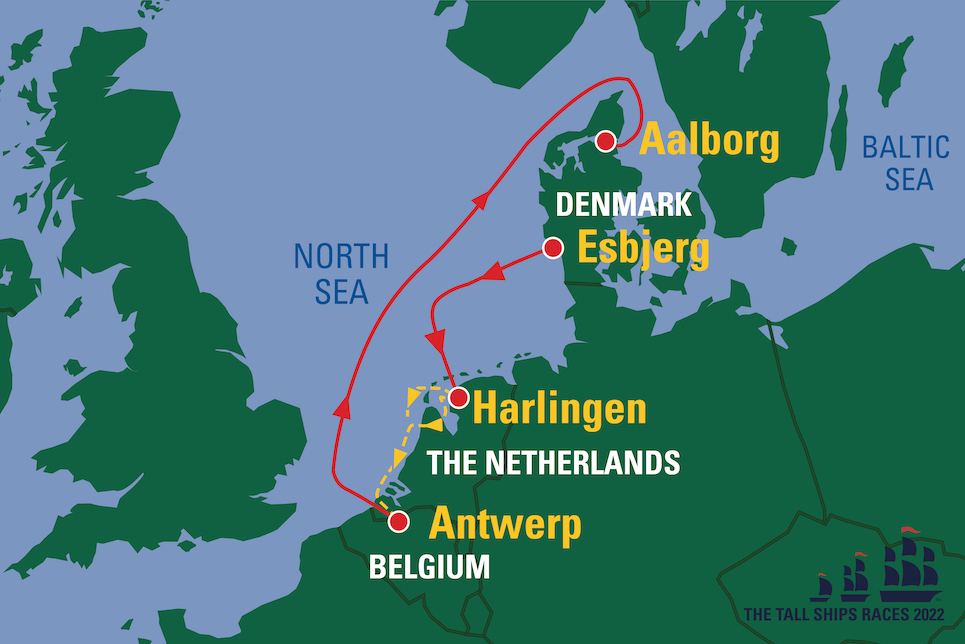 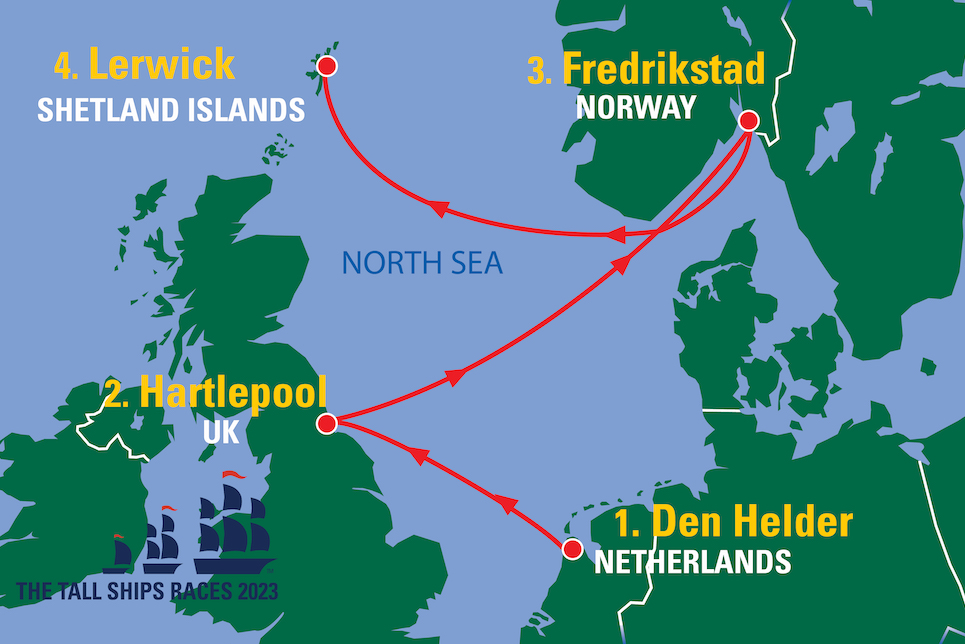 Following the continued impact of the COVID 19 pandemic and the complex challenges it poses, the decision has been made to postpone the SCF White Sails of Peace Tall Ships Regatta 2021.

Whilst we are deeply saddened that the SCF White Sails of Peace Tall Ships Regatta will not be going ahead as planned in 2021, we all very much look forward to returning to the Pacific Rim with this spectacular event as soon as the world health situation permits it.

Following three hugely successful events in 2014, 2016 and 2018, we are thrilled to once again work with Sovcomflot to present the SCF White Sails of Peace Tall Ships Regatta.

The SCF White Sails of Peace Tall Ships Regatta will see ships from around the world visiting Vladivostok, Russia, and a number of surrounding ports in Japan and South Korea. The event is sure to provide a unique spectacle to the region in a way that only the Tall Ships Fleet can.

Since partnering in 2014, Sail Training International and Sovcomflot have brought the Tall Ships Fleet to new destinations and entertained millions of spectators around the world. In 2014 and 2016, over 30 of the world famous Tall Ships raced through the Black Sea in two iconic regattas that visited Russia, Bulgaria and Romania.

2018 saw the Tall Ships fleet sailing to the Pacific Rim for a truly unique race from Yeosu, South Korea, to Vladivostok, Russia. This marked the first race between the southern Korean Peninsula and the eastern coast of Russia and the fleet were joined by a special flotilla of yachts from the world famous Chinese Qingdao International Yacht Club.

Nanao is the largest city located on the south eastern coast of Japan’s Noto Peninsula. The SCF White Sails of Peace Tall Ships Regatta will mark the first time the international Tall Ships fleet has visited this rural beauty.

Known and prized as a vital commercial and naval sea area, Vladivostok is the unofficial capital of the Russian Far East and the largest Russian port in the Far East. The city is surrounded by the Amursky Gulf, the Ussuriysky Gulf and the Golden Horn Bay, which provide a gorgeous natural setting for the Regatta.

The Eastern Economic Forum serves as a platform for the discussion of key issues in the world economy, regional integration, and the development of new industrial and technological sectors, as well as of the global challenges facing Russia and other nations. Each year, the event attracts more than 3,000 officials, experts and journalists from up to 50 countries.

“Over the last four years, the Eastern Economic Forum has become the biggest international platform for discussing the strategy for developing political, economic and cultural ties between Russia and Asia Pacific.”
Yury Petrovich Trutnev,
Deputy Prime Minister of Russia and Presidential Envoy to the Far Eastern Federal District

Engage with your target audiences in key markets during SCF White Sails of Peace Tall Ships Regatta 2021, drive your brand message and connect with millions of people.

If you are interested in discussing sponsorship of SCF White Sails of Peace Tall Ships Regatta, please contact vanessa.mori@sailtraininginternational.org for further details.